A lovely day today, full of smiling and kindness and mindfulness. Not as much as there could have been, but lovely nonetheless.

I came across this picture, which is quite profound, from someone’s tumblr account. I still don’t know what tumblr is, but heck, I’m going to share it anyway.

You know, pretty soon after writing that blog, Beth reminded me that I’m not Naomi, I’m me. And that my needs are unique, and I am best-placed to understand them. All of a sudden I realised I could take a day off, and the possibilities of resting and studying unflowed as if a cork had been removed from a water spirit. I felt suddenly joyous and excited about the hour break I’d have between classes where I could sit in the sunshine and eat vegan pizza and drink vegan coffee. I thought of all the late starts I’d have to work (11am-7:30pm – the closing shift) and the ripe potential of the mornings. I felt excited to have so much time to myself, and then to go to work to cuddle some kitties. And I realised that I’d been slowly working myself into a stressful, panicked frenzy, and I had stopped appreciating the richness of the day. I had shifted my mind to micromanaging the rest of my week (a ridiculous and highly stressful practice doomed to failure because of untold variables) without paying any attention to the pleasures and potential of the day. Once I had written my lines and calmed down a bit, life was just as wonderful as it had always been.

I set off for a luxuriously late morning walk to the train station with my mother, deciding to skip my first class to enjoy some sunshine and company. And about halfway there I felt lightheaded and I started swerving slightly on the path. Roger (and the other facilitators) are strong believers in the idea that mental patterns manifest in physical ways, and I am quite certain that if I told them what I was experiencing, they would answer that the mind is struggling to hold onto its old ways and is vying for space with my new approach. They’d advise me to go to uni anyway, which I plan to, and to work, which frightens me somewhat. Whatever happens, I’m not going to give in so easily to this new challenge, and I’ll continue saying my lines.

I didn’t quite express what I wanted to in my post last night, so I’ll take another moment of self-indulgence to do it now.

I’m so tired. So tired. My legs ache like they did in high school. I used to lie in bed at night, feeling my legs throb as I imagined them sinking into the mattress to help alleviate the pain. I later realised that my legs hurt in this manner whenever I hadn’t given them enough time to rest – up early, down late, playing sports five days a week. That my legs have been aching in that same way lately fills me with a sense of panic. I haven’t done any training in a week, not since that run four days ago. I’ve been sleeping 8-10 hours a night. If that’s not enough rest, what is?

When I think about having to go to uni today, or work tomorrow, or work the rest of the week until the martial arts weekend where I will certainly feel more tired and sore, I just want to break down and cry. I feel close to being burned out, and I took a night off to watch TV and read and be on the internet. Wasn’t that luxurious four hours enough? It sounds a bit silly, but four hours is a bloody long time to be not studying when I have a presentation that’s been on my mind for weeks. How much more time do I need to feel better?

A little part of me suspects it’s not about time or activity. It’s about attitude. But I’m finding it really hard to dig deep and give from my heart, because I really don’t have much energy to give right now.

Naomi says truly unconditional love fills you with energy rather than takes it away. I noticed this yesterday when I was helping people at work. I suppose I have to stop privileging myself above others. To stop self-indulgently whining so that I can start enjoying how wonderful this day is, despite the aches and tiredness. It’s fucking hard man. But if my alternative is to be miserable and exude this to anyone who will listen, even on my blog, then I’m going to fucking try to be happy. Not try, actually. To be happy.

It’s been a little while since I’ve just talked about my life and what’s been happening. I don’t really have a plan or a structure for this post, and so I’m fairly sure it’s going to be rubbish even before I start it. But man, I think it’s important to ramble. To get up on the soap box and just whinge. Logically I know it’s self-defeating, but emotionally I yearn for some comfort and recognition. I’m not saying my life is terrible, because I know that it isn’t, but I’ve had a pretty challenging weekend, for not very exciting reasons.

Firstly let me say that I love my job. I’ve been putting in a much greater effort to get there early, and I think it’s paying off. I’m certainly enjoying not being stressed about getting stuck in traffic, and the pleasure of seeing my colleagues early is quite gratifying. I love the cats, with all their cheekiness, and I find it very humbling and enjoyable to clean out their litter and give them cuddles throughout the day. I’m still loving operating the register, though the magic has dimmed. But what I love most is walking up to a customer, not to try and sell them something, but to ask them how their day is going. To ask them if I can help them with anything. Often they’ll say no, and then when I ask them just a little bit more (out of curiosity and the hope that they might share more of their story with me) they’ll suddenly change their mind and start a conversation about the beloved animal companions in their lives. Walking up to customers used to terrify me because it held the possibility of rejection, but now that my goal is no longer “to avoid rejection”, a flood of possibility opens up.

Having said all that, I struggled a bit today. Yesterday was spent in a frenzy as we had huge numbers of customers pouring in for a big sale to celebrate another store opening. I stayed in the cat food aisle for about three hours, constantly filling the cans of Fancy Feast and watching with amusement as they emptied themselves out almost as quickly. Today, while there was still a big rush of people, there were quiet moments where I actually ran out of things to do. I had already done all my default activities – I’d emptied the bins, checked for dead fish, checked on the cats, updated the membership database, filled all the catfood, filled the treats and dogfood, presented the whole store… And it scared me. There were three and half hours left of my shift, and I couldn’t imagine what on earth I would spend the time doing other than wandering around aimlessly, talking to customers. As it turned out, the time passed quickly as I got engaged with more of those magical conversations and helped many people find the products that would brighten their lives. I also got to pet some baby animals that had been set up outside the store as part of the grand opening. I learned how to hold and pet goats, chickens, guinea pigs and rabbits, and bottle-fed a lamb and a pig. It was a wonderful experience, and I am reminded and humbled by the unique personalities of every living creature on the planet.

Writing all this has cheered me up considerably, but I have nevertheless been struggling throughout the weekend. Despite over nine hours sleep the past three nights, I’ve been exhausted all throughout the days. It really frustrates and confuses me that after 63 days of taking Vitamin B12 supplements I’m still so exhausted. I have a doctor’s appointment in a week to get another blood test, so until then I suppose coffee is my friend. Apart from struggling to find the energy to walk around the house, or even move at all at times, I’ve been feeling physically unwell. I could list my ailments and complain about them, but I know quite certainly that focussing on unwellness attracts unwellness, or at the very least makes you more aware of how crap you feel. I’d much rather focus on wellness, and what needs to be done.

Gashuku in five days. Mini one, just for the weekend. Stoked.

Getting quite tired now. Spent all this precious time writing a rambling blog, and unapologetic about it. I guess I’ll find time elsewhere to do this assignment that’s been looming over my head! Good night everyone. All the best.

So these are way overdue. Sorry about that. I’m running off about six hours sleep right now, so forgive my taciturnity. Here are the belated holiday photos I promised from my recent adventures in London, York, Yorkshire, the Peak District, Singapore (parts 1 and 2), Penang and Ipoh. The formatting isn’t great, and captions make it worse, so you’ll just have to use your imagination.

UPDATE: It’s been a whole month since I started this post and forgot to actually publish it once that photos had uploaded. Mah bad! 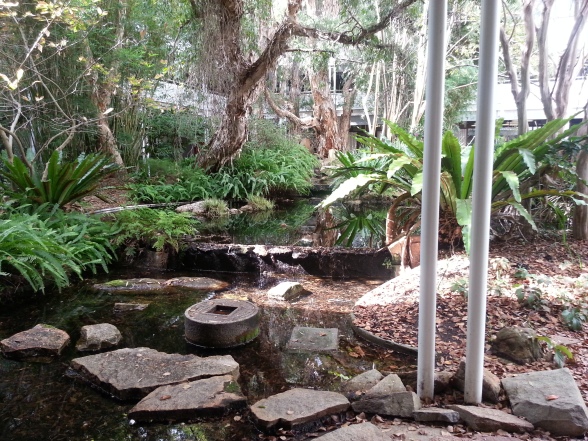 I’m writing this letter to tell you something important. No matter how hopeless you feel, no matter how hard life seems, no matter how bleak and overwhelming and terrifying things look, do not give up. Shihan said it and I’ll say it too: it always gets better. You can and will be happy in the future. And man, let me tell you, it’s so worth it. Being happy is so much better than being unhappy, so even though it’s hard, put in the effort and never give up. Never stop trying to be happy and enjoy life in every moment. In a fear-driven state of mind, you can only project fear-driven futures.

But that is not all that awaits you. You have no idea how amazing life gets, how much you’ll enjoy the many things that could happen and the sort of person you could become.

Hang in there. Life is in a perpetual state of awesome, and if you take the time to notice it, the rich pleasures all around you can be enjoyed in every moment.

Life gets better my friend. You just wait and see.

It’s amazing how my understanding of this video has changed after six months of hard work in really making myself a better, more joyous, more hopeful person. If you haven’t seen it already, please take some time to watch this amazing TED talk.